Did you see the interview with Elizabeth Edwards on the "Today" show? Ms. Edwards is the spouse of former Presidential candidate John Edwards. Of course, we have all heard about his public confession of adultery and about his love child with a former aid. It appears that one of the primary reasons why Ms. Edwards went on the "Today" show was to proclaim her desire to get past her spouse's infidelity and to get on with her life. In the t.v. interview, Ms. Edwards also indicated that she had found inner peace and wanted to shed herself of the "cuckolded" wife image. As many of you know, we are father and son Augusta, Georgia divorce lawyers. (We also practice criminal law, personal injury, and other general litigation). Please check out our new "GOOLSBY LAW FIRM" sign! Because our building is a little below road level, we hope that our law firm's new sign will help new clients find us easier!
We also hope you like our sign!
Posted by Richard at 1:46 PM 4 comments:

Divorce "Joke of the Day!" 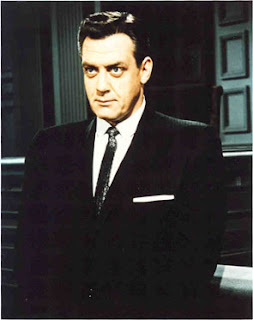 Look, as divorce lawyers in Augusta, Georgia, we certainly realize that divorce is no joking matter. And generally, in this blog about divorce and divorce lawyers, we try to provide you with a lot of good, practical information and tips for you to discuss with your own divorce attorney.
However, for a change of pace, we sometimes also feature posts about celebrity divorces and, occasionally, like today, we even offer a divorce "joke of the day!"

So, here goes with an "oldy-goldy joke about lawyers:"

How can you tell when a lawyer is lying? Answer: When his lips are moving!

I hope you have a good weekend!
Posted by Richard at 3:19 PM No comments:

Divorce and How Friends Can Help

As Augusta, Georgia divorce lawyers, we see how devastating divorces can be. For instance, divorces divide families, create financial hardships, and foment emotional problems.
This divorce law blog is primarily designed to be about Georgia divorce law and divorce attorneys, along with posts about celebrity divorces. We even throw in an occasional divorce "joke of the day!"
But divorces are no joking matter. And since I know, as a divorce lawyer, that, somewhere "out there," someone reading this post may be suffering from the consequences of a difficult divorce, I thought it might be important to take a moment and simply offer encouragement that things can and will get better for you! Please consider reaching out to supportive family members and friends to help you. Please also consider finding a divorce support group at a local church.
Finally, if you are a friend, or family member, of someone who is going through, (or has recently gone through), a divorce, then please consider how you might help them, whether it be taking them to lunch, giving them a hug, or just being there for them!
Divorce can be tough! But things can and will get better for you!
What do you think? What are some other ways people can deal with a divorce? How can you help a friend going through a divorce?
Posted by Richard at 9:42 AM 2 comments:

Divorce Statistics: Is the Second Time Around the Charm?

So, you've divorced your worthless, God-forsaken spouse, "Sluggo," and now you believe you have finally met your soul mate. Do you believe a second marriage would have a better chance of success, following a divorce, than a first marriage? Do people learn from their mistakes?
Well...here's the sad news! According to the Enrichment Journal, and other sources, 41% of first marriages end in divorce, but 60% of second marriages, and a whopping 73% of third marriages, bite the dust!
I hate to break this bad news to you! But after your divorce, please just be careful about getting hitched again too soon! After all, maybe the new guy just seems good because anything, even a wet dish rag, would seem good after being married to "Sluggo!" What do you think!?
Posted by Richard at 5:20 PM 2 comments:

Do you believe divorce is contagious? In other words, do you believe that you are more likely to get a divorce simply because a friend or family member is getting one?
Well, as reported by CNN, a new study conducted by Professor James H. Fowler, a political science professor from the University of California, suggests that there is a strong correlation between others getting a divorce and the possibility of your own! In fact, according to the study, the strongest correlation lies between friends. Supposedly, if your close friend gets a divorce, it is 147% more likely that you will get one, too!
So, what do you think about this study? Does the mere fact that your friend may choose to see a divorce lawyer make it more likely that you would be influenced to consider the same thing? Or would you stick with "Sluggo" no matter what your friends do?!
Posted by Richard at 10:53 AM 2 comments:

Celebrity Divorces: Shania Twain and How Do You Get Your Mojo Back After A Divorce?

As Augusta, Georgia divorce lawyers, we see how devastating divorces can be, both emotionally and otherwise. So, the question naturally arises: How do you get your "mojo," or drive and energy, back, following a divorce?
Perhaps Shania Twain, the incredibly talented singer, offers some good ideas by her example! Following her recent divorce, after her spouse reportedly had an affair with her assistant and friend, Ms. Twain has thrown herself back into her work. She reportedly has a new television program in the works and has even been rumored as a possible replacement for Simon Cowell on American Idol. In addition, she has been spotted in public with the ex-husband of the woman with whom her ex-husband reportedly had the affair!
Now, no one should suggest that you, or anyone else who has gone through a divorce, should follow Ms. Twain's example in every respect! But here's hoping that you, like Ms. Twain, will be able to throw yourself into new activities and get your mojo back!
Posted by Richard at 8:19 AM No comments:

Celebrity Divorce: LeAnn Rimes -- Is There Still Any Social Stigma Attached to Divorce or Adultery? 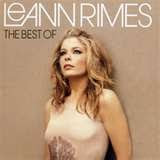 Have you seen or read about People Magazine's latest article about country music singer LeAnn Rimes? According to published reports, it appears that Ms. Rimes is taking responsibility for the widely reported divorce and break-up of her marriage, after reports surfaced that she was having an affair with actor Eddie Cibrian, (who, like Rimes, was also then married). According to various news reports, Rimes and Cibrian are now a couple. Frankly, I don't know whether this is all a p.r. campaign, or whether this is heartfelt contrition. But I really don't care either. That is for others to decide. In other words, I have a different point to make here.
Laying aside any questions, or issues, about Ms. Rimes' alleged adultery, divorce, and contrition, that case raises the following interesting issues:
In your opinion, is there less social stigma today about a person committing adultery than twenty-five years ago? If so, is that a good thing?
Also, is there a different moral standard for celebrities?
Finally, don't you agree that there is clearly less social stigma attached to divorce, generally? And isn't that, at least, a good thing?
What do you think?
Posted by Richard at 12:35 PM 2 comments: 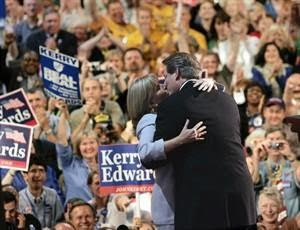 This new bit of news, about the reported separation of Al and Tipper Gore, appears to have caught most observers, (and a lot of the couple's acquaintances), completely off guard. No allegations of adultery have been made. And no other reasons were volunteered by the couple, other than that they have drifted apart. And no other reasons need to be given, publicly, in my opinion.
But a divorce after 40 years of marriage does raise some other questions. For example, why do couples generally split up after such long marriages? What steps can they take to avoid it?
What do you think?
Posted by Richard at 3:36 PM 4 comments: