Would you believe that, starting January 1st, the State of Illinois joined other states which allow
divorcing parties to be granted "custody" of their pets?!  Presumably, just like with child custody,
each party to a divorce will, in those states, try to convince the judge that he or she would make
the better custodial "parent!"

We at the Goolsby Law Firm have not yet experienced such an issue in our Augusta, Georgia divorces!

Would you try to win sole possession of your pet?!

Posted by Richard at 2:49 PM No comments: 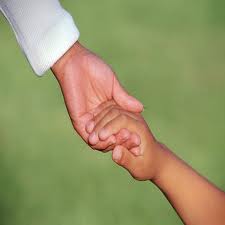 In Augusta, Georgia, our Superior Court judges require all parents seeking a divorce involving children to take a one day seminar dealing primarily with issues affecting their kids.

Here is a list of such places which offer this seminar, as shown on the Augusta, GA Bar Association
website:
Your divorce attorney will give you more information about this requirement when you meet with him or her.  It is important for you to know that our judges, in Augusta, do not allow other online seminars to satisfy this requirement. You and your spouse will need to schedule and take the class, either together or separately, and please be sure to promptly turn over your certificate of completion to your divorce lawyer!
Posted by Richard at 4:56 PM No comments: