I had an interesting experience last evening.  I was invited to be the guest speaker to field questions on the local "Law Call" television show.  I'll bet you have a similar t.v. program where you live.  Folks call in and ask a lawyer about their law-related questions.
One of the interesting features about this t.v. experience was that I learned you have time for only a few﻿ questions.  And when technical problems with the telephone lines occur, I learned you must be flexible and keep going on!
One question I answered dealt with the difference between an uncontested and contested divorce.  Of course, each of you who follows this divorce blog already knows the difference!
I enjoyed this t.v. experience and appreciate my Augusta lawyer friend, Vic Hawk, for asking me to appear on the program!
Posted by Richard at 9:02 AM No comments:

How Long Does It Take For A Georgia Divorce To Become Final? 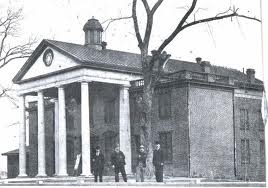 As Augusta, Georgia divorce lawyers, we are often asked, "How long will it take for my divorce to become final?"  The answer is.....it depends!
Actually, the length of a divorce proceeding may depend, in part, on whether it is an uncontested divorce or contested divorce.
1. SIMPLE, UNCONTESTED DIVORCES:
A simple, uncontested divorce in Georgia will generally take only a couple of months, after filing, in order to become final.  In other words, under Georgia law, generally, the divorce documents must remain in the clerk's office for a month before the file can be sent by the clerk to the judge's office, where it might take up to another month, or so, before a final divorce decree is signed.  Of course, if there are any problems, such as one of the parties is late in getting the mandated children of divorce seminar completed, then the divorce could take longer before it is approved by the court.
2. CONTESTED DIVORCES:
Contested divorces are a different ballgame! It is much more difficult, as a Georgia divorce attorney, to predict how long a contested divorce might take.  More simply put, we generally will not even attempt to guess!  In part, the length of time it takes will depend upon the reasonableness of both parties.  In other words, if both parties can cooperate and quickly negotiate a fair settlement, then a contested divorce can be resolved relatively quickly.  However, if the parties are fighting each other, tooth and nail, on complex issues ranging from child custody, to property division, to alimony, to adultery, to who gets the family cat, then it might take a number of months, or even a year, or more, of hearings and mediation, before the final decree is signed!  In short, every divorce is different, so it is impossible to guess precisely how long the entire process will take.
Of course, these are all matters which you should discuss with your own divorce lawyer!
Posted by Richard at 1:31 PM No comments: 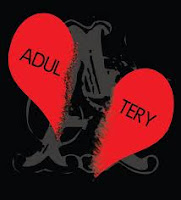 ﻿As you may know, we are the Goolsby Law Firm, LLC, a father and son law firm which handles divorces, criminal cases, and other types of legal matters in Augusta, Georgia.  I also blog about Georgia divorce law, (in this blog), and about criminal law in my other blog, (http://www.whitecollarcrimeingeorgia.blogspot.com/).
If you also blog, you probably sometimes wonder, like me, about how people find your blogs/posts.  As for this blog, while it is not scientific, I have noticed a pattern of common google (and yahoo) search terms which have generally led people to this site.  They often include:
1. Divorce Lawyers (or Divorce Attorneys) in Augusta Georgia:  I guess that should come as no surprise to anyone.  (See blog title above!)
2. Celebrity Separations and Divorces:  These key terms are probably no surprise, either, because I frequently post about various celebrity divorces.  Perhaps the most common search in this category which leads to this blog involves people who are curious about actress Michelle Pfeiffer.  (Of course, in this blog, I have cited her marriage to producer David E. Kelley as an example of a Hollywood success story).
3. Adultery:  Since this is a blog by a Georgia divorce lawyer, it should also come as no surprise that many people come here by searching for information about adultery, or infidelity.  But it might surprise you to learn that we get a lot of hits from people wanting to know if you can go to jail, or to Hell, for committing adultery!
What common key words lead folks to your blog?
Posted by Richard at 12:46 PM No comments:

At the time of this posting, while the reported details are still sketchy, it appears, based upon various news reports, that the tragic shooting and killing of eight people by a lone gunman at a Seal Beach, California beauty salon, Salon Meritage, may have been related to a child custody battle.  In short, based upon initial reports, it appears that a 42 year-old man, Scott DeKraai, who was arrested by police less than a mile away from the salon, had reportedly been engaged in a bitter child custody battle with a salon employee over their son.
Look, no one know if the initial news reports are true.  And naturally, no one should contest the fact that Mr. DeKraai is entitled to his fair day in court.  But it is also true, as this tragic incident may illustrate, and as every divorce lawyer knows, child custody battles can sometimes get ugly -- really ugly.  And sometimes, sadly, child custody disputes lead to violence.
Are there any solutions?  Perhaps we can consider that topic on another day.  But today, our thoughts and prayers go out to each of the victims of this tragedy and to each of their families.
Posted by Richard at 8:56 AM No comments:

How to Determine the Duration of Alimony and New Trends

THE DURATION OF ALIMONY AND THE NEW TREND:
As Augusta, Georgia divorce attorneys, we are often asked by folks about how Georgia judges (or juries) determine﻿ the amount of alimony in a divorce case and how long such alimony must be paid.  Today, let's focus only on the latter question -- about the length or duration of alimony.  Simply put, generally, in Georgia, while there are guidelines, a judge has complete discretion to determine how long he or she believes alimony should be paid.  Put another way, while a judge will consider the length of the marriage, and the parties' needs and ability to pay, (among other factors), in determining the amount of alimony, the judge generally also has  a lot of discretion in determining the length of time or duration in which it must be paid.
But judges have common sense.  For example, in theory, it is possible that a party in a short-term marriage of two or three years could get permanent alimony.  But that is not likely to happen.  However, the point is that, in Georgia, generally, judges retain complete discretion to decide the duration of alimony. But that's in Georgia.  What about other states?  Are there any new trends or new approaches in states' alimony statutes?
FLORIDA'S NEW ALIMONY STATUTE:
In Florida, in 2010, their state legislature reportedly enacted a new alimony statute which essentially divides marriages into three categories, based upon duration.  Short-term marriages are defined as marriages less than 7 years; moderate, 7-17 years; and long-term marriages are defined as longer than 17 years.  These three categories, in turn, help determine the duration of alimony payments.
MASSACHUSETTS' NEW ALIMONY STATUTE:
Also, in Massachusetts, just last week, their state legislature passed a new law which similarly limits the duration of alimony payments based upon the length, or duration, of the marriage.  For instance, now, in Massachusetts, for long-term marriages, (i.e. defined as being more than 20 years), alimony will end at retirement age.  And now -- get this -- under their new law, if you have been married for 5 years, or less, the duration of alimony will now reportedly be automatically capped at 50% of the number of months you were married.
In other words, there appears to be a trend toward "fixing" alimony statutes by limiting a judges' discretion as to the duration of alimony.  Of course, you should consult with a divorce lawyer in your own state about your own state's laws about divorce and alimony!
What is your opinion of this trend and these statutory changes in some states which limit the duration of alimony based upon the duration of the marriage?  Should their be statutory limitations, or should judges retain the discretion to decide how long alimony should be paid?
SLUGGO'S "TREND:"
Of course, if you were married to a worthless spouse, like "Sluggo," you would be happy if he would get off his lazy "trend" and make even one alimony payment!
Posted by Richard at 10:05 AM 2 comments:

Well, it appears that another Hollywood marriage has bitten the dust.  According to various news reports, Lisa Linde, the spouse of actor James Marsden since 2000, filed for divorce last week from the popular actor and star of Straw  Dogs and the X-Men films.  The couple have two children.﻿  Ms. Linde is the daughter of famous country music singer Dennis Linde.
According to a representative for the couple, while the marriage may be broken, the couple will remain "good friends."  That statement sounds good, doesn't it?  But is it really true?
Hopefully, they will, in fact, remain "good friends."  Don't you agree that it is possible for a divorcing couple, at a minimum, to at least mildly tolerate each other, for the sake of their children?
Posted by Richard at 10:28 AM No comments: